Photo by Emil Widlund on Unsplash
5

Having a cat at home makes you a parent of this curious and intelligent pet. When it’s time for your baby to have her own kids, preparation is needed, as this process of “queening” takes a lot of things to remember and do for the success of the deliver and the safety of the kittens. You are not a parent this time, but a midwife for a few months until the birth of the kittens.

It is common knowledge that most cat parents do not intend on their cat becoming a parent. However, regardless if intentional or accidental, or even a pregnant cat is usually capable of taking care of themselves, as a parent, still have to pay attention to it. This labor signs for cats and how to help them during the process may help you ease your feline’s stress in delivery.

A cat’s pregnancy lasts for 64 to 67 days or approximately 9 weeks. However, there are kittens born after only 58 days or as late as 70 days of gestation and it is something unusual. During the first stage of pregnancy, a cat will show a behavior known as the “quickening”. She will be more affectionate and will ask for more attention. It can also be the opposite, as some pregnant cats in this stage seem to be more aggressive. Giving them what they want is the best response to this behavior, of course, except the part of harming you or anyone in the family.

The first few months of cat pregnancy is a critical stage as the fetus begins to move and the mother is feeling it. Like human mothers, weight loss, morning sickness, and lack of appetite due to nausea will be observed. During the third to fourth week of pregnancy, a slight swelling on the cat’s belly will be noticed. This is the time that changing of cat litter is required. The swelling will be more apparent in coming days and you will notice it by her pink nipples. Their appetite will also begin to increase, but you have to prepare a diet that’s specially formulated for pregnant cats.  Do not let them hunt or scavenge for food.

A cat in her sixth month requires a more urgent care and attention, as it begins showing behavior like tiredness and lack of energy. Its appetite will also continue to increase and will probably need a smaller amount of meals as her belly rapidly grows.

Labor signs for cats will be obvious during this stage, however, they will start looking for a place to give birth. This stage is commonly known as “nesting”, where a cat searches for a warm place to deliver her kittens. You may get her a kitten litter or nesting box in a quiet, warm room. Make sure that the location of the box is off limits to any other pets and a draft-free space since kittens cannot regulate their body temperature during their birth. This nesting stage usually starts 1 week before delivery and is very critical as well.

The cat’s mammary gland will also enlarge, with cream colored thick secretions coming out of the nipple. You will notice small whitish scabs left after licking the milk or letting it dry up.  One bizarre belief on cats’ nipple is that each nipple has its very own unique smell, so kittens know where to attach themselves to feed. Also, take note that dropping of temperature, usually 37.2ºC (99ºF) from 37.7º to 39.1ºC (100º to 102.5ºF), is normal in this stage. There is no need for you to panic, but this sign is close to the next stage which is the labor stage.

During the final week of the pregnancy, one of the most notable labor signs for cats is being reclusive. Try to keep her as calm and inactive as possible during this time. Do not try to move her on the spot she chose to give birth. Adjust the litter box if possible. Speaking of which, remember that a cat can give birth in between one to eight kittens, averaging between two and five, so the litter should be a bit larger than the usual. You will also notice that she may develop a loss of appetite. As time brings her closer to the actual birth, you will notice her becoming uneasy, licking her abdomen and genital, and moving in and out of her nesting box. This is when the active labor stage begins.

In this stage, most cats become restless and roam around like they are searching for something. Pacing around and seeming particularly nervous or excited like a human mother suggests that her abdomen is starting to contract. As much as possible, petting her is not advisable, but being with her during the process will help her relax and at ease.  Contractions will begin and you will notice the appearance of the amniotic sac, with a discharge of blood or other colored fluid. In general, it may take between two to six hours for a queen to give birth to all her kittens, as she usually rests for several minutes between kittens. You should observe the birthing process closely as there may be complications that need urgent care or treatment.

This is the first few hours after the queen delivers her kittens. This is the time where she will nurse and clean the kittens that have been born. What you will do is to aid her do so by carefully keeping the kittens in another box, while she cleans the litter. By means of cleaning, the mother will tear open the membranes and clear the mouth and nose area of her kitten, remove the umbilical cord by biting and subsequently eat the afterbirth.

After that, moving back the kittens with the mother and helping them find a nipple to feed will make the mother at ease right after laboring and giving birth. Remember to give the mother cat adequate space to nurse and feed her kittens. After all these stages and the mother with her kittens are already stable, it’s time for you to breathe and celebrate!

We hope that now you are more familiar on cat’s pregnancy and the labor signs for cats. 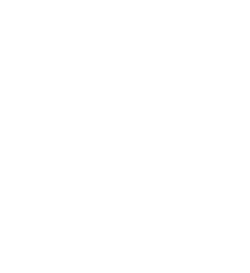